Are You Really that Good at Multitasking? Or are you just kidding yourself? Multitasking seems like a great tool to get more done. But you have to ask yourself, are you really ever truly multitasking and won’t it just set you up for confusion?

If you are typing an email, it is unlikely you will be able to concentrate on something else at the same time. If you are on the phone, can you really give your attention to who you are talking to if you are reading your Kindle book at the same time? You can probably come up with plenty of these scenarios yourself. The truth is, we are not really good at multitasking.

Regardless of what you think, the truth is, we are not really that good at multitasking.

Looking at even a higher level, if we try to be a jack-of-all-trades, we tend not to be good at any one thing. On the other hand, if we focus on just one skill and put every effort into being the best at that skill, we going to do a pretty good job at that skill. It will only take a matter of time before we are expert at it.

While it’s true that we live in a fast-paced society, one requiring more and more of us to take on more tasks, it remains to be seen whether we are improving productivity by doing this. If instead, we figured out what the most important tasks are to move the organization ahead and then focus workers’ resources on those tasks, it is likely that the productivity gains could be greater from this.

Buddhists believe that people should focus on one task and one task only. They widely hold the belief that we are not good at multitasking, in fact, we are terrible at it. Even if the task given is mundane, it should be completed to the best of our abilities and only then do we move onto something else.

Buddhists hold the belief that we are not good at multitasking, in fact, we are terrible at it.

You’ll find plenty of people who will swear that they are good multitaskers. But if you look deeper at what those people are doing, more often than not you will find they are not good at it at all.

These people tend to get easily distracted because they are trying to do too many things at the same time. It’s not that they are necessarily worse at it. It’s just that since they hold the belief that they are good multitaskers, they tend to do it more than others. So they appear to be worse at it. None of us are really good at it. You will find your productivity will increase if you focus on one task at a time, rather than multitasking.

Are You Really that Good at Multitasking? Or are you just kidding yourself?

Mike gardner is The Time Doctor

10 thoughts on “Are You Really That Good at Multitasking?” 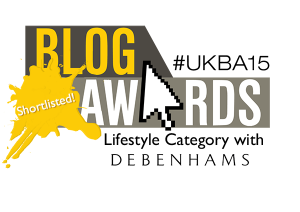