Multitasking has become a common term in todays busy organisations. Faced with converging deadlines, employees are often required to work on several tasks simultaneously. However, some question whether or not it is truly beneficial and if there are more effective ways of working.

This article examines the pros and cons of multitasking.

Multitasking is a term which originated in IT. Dictionary.com defines the term as ‘the concurrent or interleaved execution of two or more jobs.’ This term was then applied to people undertaking several different tasks with converging deadlines concurrently.

Multitasking is generally looked on as a positive concept. Those skilled in the practice are said to be able to move fluidly and quickly between different areas of work without losing overview or focus.

Why do we multi task?

Modern technological advances have made multi-tasking both unavoidable and necessary. In most workplaces, employees are contactable by telephone (both landline and mobile), text and email as well as by traditional face-to-face approaches. In some organisations, employees can also have to deal with web-based information, from customers utilising the organisation’s website or from social media such as Twitter.

In his article ‘Taskus Interruptus’, leading thinker David Freedman notes that multi-tasking has become so essential to modern, flexible workplaces that it is impossible to avoid. He points out that “today’s top priority is to immediately address whatever fraction of a vast, malleable range of tasks has become most critical.’

There are other factors which affect the need for multi-tasking. Organisational drivers have altered over the past few decades. With the need for staff to be more adaptable, many roles are no longer as strictly defined as they once were. Job specs can often have a degree of flexibility built into them. Employees are expected to react to changing circumstances as and when they arise. Similarly, they are also required to be able to deal with ad hoc situations themselves rather than pass them on to their manager as a matter of course. Organisations have engaged in wider training programmes in a desire to create a multi-skilled workforce. The resulting growth in the skill set of an employee means they are able, and expected, to perform a far wider variety of tasks.

Employees are often expected to work on multiple projects at once, requiring to prioritise tasks around deadlines and in order of importance. This leads to a need for an employee to be able to switch efficiently between tasks regularly.

As employees’ ability to multi task has grown, so has the expectation from employers that their employees should be able to do so. In many workplaces, multitasking is an essential and accepted part of an employee’s role.

The benefits of multitasking

Multitasking can be a useful way of ensuring that several tasks can be worked on in the same period. Within the course of a normal work day, an employee will have different priorities. There may be daily work which has to be completed regularly as well as that which may be based on special projects or seasonal tasks.

In many work environments, there are tasks which can be termed proactive and reactive. Proactive work is the work that might be termed as the core work which an employee has been hired for. For example, proactive work would take into account long-term planning, facilitation of goals and strategy. Reactive work would refer to the tasks which occur on a day-to-day basis, such as dealing with telephone and email enquiries, feedback and external factors which affect the business.

Being able to deal with issues as they arise and still complete the work which has long-term value for the organisation requires high levels of concentration. Being able to move seamlessly from one task to another and back again without losing focus on the original task is difficult. For people used to multi-tasking, it means being able to review all completed tasks, having made sure that they have all been successfully concluded.

Multitasking also means an employee will work on a wide variety of tasks during the course of a normal work week. This prevents an employee becoming bored with repetitive tasks and also means they are exposed to a host of different work which can increase their knowledge and skills.

Multitasking can also prevent downtime. Should an employee be unable to move on with a certain task, for example when waiting on feedback from another department, they can move quickly into another task which requires attention. This means that an employee is fully utilised within the business.

The negative side of multitasking

While beneficial, multitasking also has a negative side. A study by Stanford University found that people ‘who are regularly bombarded with several streams of electronic information do not pay attention, control their memory or switch from one job to another as well as those who prefer to complete one task at a time.’

Physician and attention deficit disorder (ADD) expert Edward Hallowell compares multi-tasking to playing tennis with two balls, and says that constantly jumping between tasks not only leads to reduced performance, it also gives workers some of the symptoms of ADD. A study at London’s King’s College also suggested that constant exposure to e-mail and other multi-tasking-friendly technology temporarily lowers IQ by 10 points.

Similarly, Hallowell found that multitasking led to increased downtime in some workers because they had trouble picking up a task from where they had left off. They have trouble focusing on more involved tasks due to a stream of other work competing for their attention.

Some people also tend to lose focus towards the end of a task as they begin to prepare themselves mentally for the next task. In addition, it can be difficult for employees to fully commit to something if they are already thinking about what tools they will require to complete a new task.

For a leader or manager, it is important to be aware that too much multitasking can result in a loss of focus for team members.

There are a few simple rules you and your team can use to make multi-tasking work for you:

6 thoughts on “Multitasking: – The Pros and Cons”

My Most Recent Posts

My Most Shared Posts 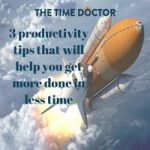 Do Your To-Do Lists Damage Your Productivity?320 Total Shares 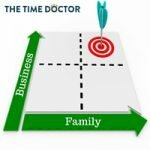 Why a Balanced Focus is Important to Your Success?195 Total Shares 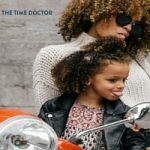 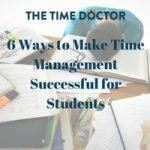 How often do you sharpen your time management tools?148 Total Shares 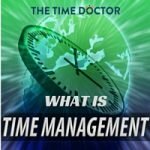 The Answer to the question What is Time Management?146 Total Shares 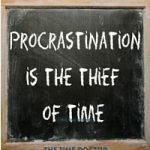 7 ways to overcome Procrastination once and for all145 Total Shares